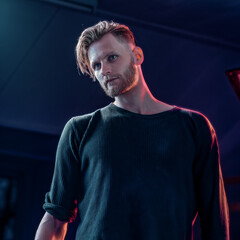 My involvement on projects is a rotation of numerous roles from 3D/2D concept artist, Modeller/Sculptor, animator, creative director for very small teams and world building.

During my education I originally gained recognition for my involvements in short CG animations as I aimed for feature film quality in a extremely short production cycles.

At the Office I am largely responsible for the development of workflows that allow for a large quantity of production models, produced by a small amount of artists. I constantly polish our methods of asset creation from both a designer's perspective as a production artist's.

- I primarily use Zbrush, 3D coat and Photoshop for concept-design creation.
- Maya/Blender in combination with Fusion 360 for high quality and precise production modelling aimed at Rendering, Realtime applications and 3D printing solutions.
- Worldmachine for the creation of High resolution alpha maps that can be used within Zbrush, Unreal and Substance software collection.
- Substance Designer and Painter for the creation of high-resolution texture maps.
- Nuke, Natron and After effects for the compositing of 3D rendered content.